Our hearts are with those affected by Tropical Storm Imelda.

Everyone in the nation heard about the storm. But unless you lived it, it’s hard to describe how challenging and devastating it was. While rain is nature’s garden helper, sometimes it takes a turn into something more sinister. If you’re out driving in it, it can also become a major safety issue.

As of Monday morning, more than 10,000 vehicle flood claims have been filed to due to last week's Tropical Storm Imelda according to insurance companies. The storm was named the fourth wettest in the state of Texas and seventh in the country.

According to a Sept. 22 news release from the Red Cross Association, there were 498 overnight guests in Red Cross shelters the previous night.

Since Houston is prone to large rainstorms, it’s essential that you learn the basics of handling them when out in your car. Below are 4 things to know about driving in Houston during heavy rain.

It may be your neighborhood and you know the roads like the back of your hand—it doesn’t matter. In heavy rain the first thing you do to increase your safety and the safety of others is slow down. When deep puddles form, you never know how deep they are until you’re in them. If you race through them rather than inch through, you may find yourself in a precarious situation. Don’t use your cruise control either. Cruise control’s automatic acceleration may cause you to hydroplane and/or lose control. People may whiz past you blaring their horn if you’re going under the speed limit on a bad day, but if it keeps you and your family safe, what’s a little extra noise?

Unfortunately when it rains, the roads fill up fast in Houston; but some more than others. It's important to avoid these areas if possible. Here's a map that points out 40 locations in the Houston area that are flood prone.

#3 Use Lights, but not too Bright

You aren’t using your lights to see during rainstorms, but instead to inform people you’re there. Visibility is impaired during heavy rain in Houston, and your vehicle’s lights become a beacon to other drivers. That said, you don’t need your brights, your regular headlights will work just fine.

Photo by Photo by MaLeK DriDi

One of the most important things to do during a heavy rainstorm is to be very aware of your surroundings. There are a few crucial things to think about:

If you are in need of assistance in finding vehicles that were stranded, below is a list with information:

This week's forecast looks clear up until the weekend: 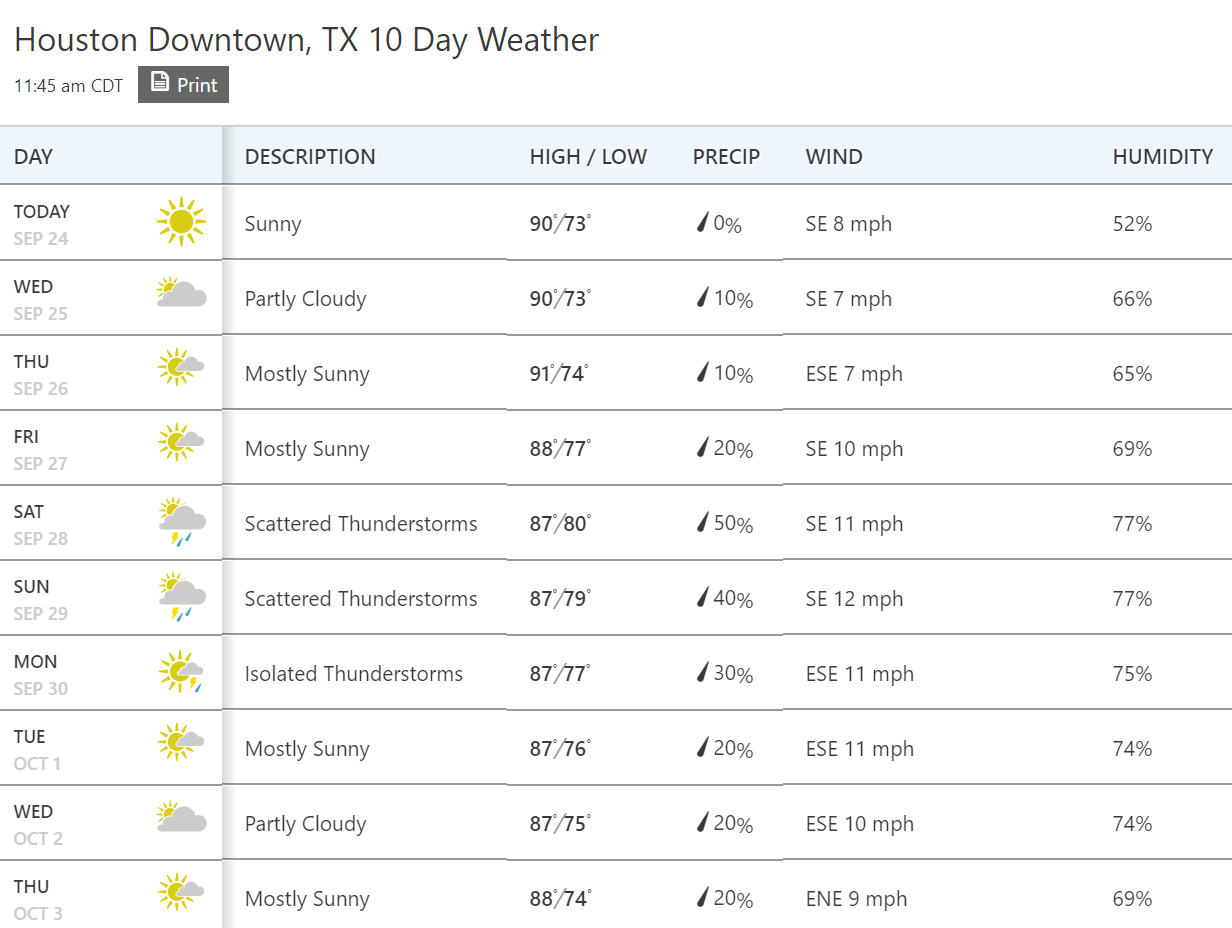 We're here for you, Houston.

In Case of Divorce, What Happens to the Vehicle? A used Car Dealer’s Perspective.