The 4 Coolest Cadillacs of All Time

Cadillac is among America’s oldest car companies, and arguably the most luxurious and popular. Since its founding by Henry Leland in 1902, from what remained of the defunct Henry Ford Company, Cadillac has made a reputation for being the height of opulent vehicle design. The four coolest Cadillac cars of all time are a lineup of lush and groundbreaking designs. 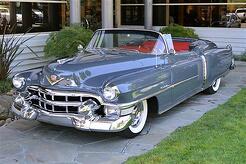 The first Eldorado made by Cadillac was the 1953 model and was available only as a convertible. The Eldorado was substantially more expensive than other new Cadillac offerings on the market at the time, and earned its high price tag with a unique body shape, innovative wrap-around windshield and richly modern chrome accent styling along the exterior. Though often advertised in black, the ’53 Eldorado convertible was available in four custom colors, none of which were black. Color options for this limited production model were shades of yellow, white, red, and blue unique to Cadillac. The car was rare when it was first introduced, Cadillac only produced 532 of the original Eldorado convertibles, and that scarcity has contributed to its value as a collectible antique vehicle. 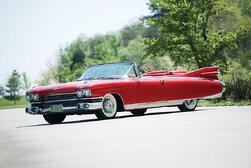 When you ask the average person to picture a vintage Cadillac most will conjure up images of the classic, and classically criticized, 1959 Cadillac Eldorado; most likely the two door convertible model. The 1959 Eldorado convertibles had the most pronounced tail fin design of the era, complete with Cadillac’s recognizable double taillights placed in the center of each fin. The body design of the car was wide and the chrome bumpers were made to be somewhat over-sized. The late fifties and early sixties were a time of extravagant vehicle designs for American car companies, and the bulky ’59 Eldorado from Cadillac is the most representative symbol of that decadence. However, the car’s size and weight contributed to a somewhat inefficient engine, making the eye-catching convertible better suited to cruising than other more powerful Cadillacs.

The Depression era 1937 Cadillac Phaeton model 5859 is one of the coolest custom designed cars in the Fleetwood V-16 series. The unique four door ultra-luxury convertible was designed by noted stagecoach builder and designer Fran Roxas, who referenced the original sketches and blueprints of previous Cadillac designer John Hampshire. The sleek wide bodied convertible was a spacious four door sports car with the powerful 16 cylinder engine that was made available for custom ordered cars in the 1930’s. In 2012, the Phaeton 5859 and another from the Fleetwood V-16 series were honored by and put on display at the Pebble Beach Concours d’Elegance and the one of a kind Phaeton also served as the inspiration for the Cadillac Ceil concept car design. 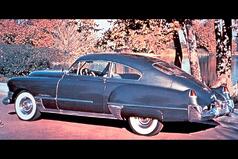 Tail fins and classic Cadillacs go hand in hand, so the first model to feature the trademark tail fin element is both one of the most historically important and coolest Cadillac cars of all time. The 1948 Series 62 club coupe was the first new design from Cadillac after World War II and the design was made more modern and unique, with inspiration for the groundbreaking tail fins coming from the Lockhead P-38 military fighter airplane. The interior of the ’48 Series 62 were done in a richer trim materials and styling. American luxury car companies had never made a model that looked like 1948 Cadillac Series 62 club coupe before, which helped the new design gain immediate popularity.

The four coolest Cadillacs of all time all have one thing in common: the uniquely luxurious design innovations paramount of the long standing popularity of the American car company and its vehicles. Cadillac revolutionized how cars were manufactured, and continues to impress car lovers with great looking car designs.

How Does Relying on Public Transportation Compare to Using Your Own Car?

Looking to Get Custom Rims or Swangas? Read This First

Splitting Debts During Divorce: How to Get a Cosigner off a Car Loan