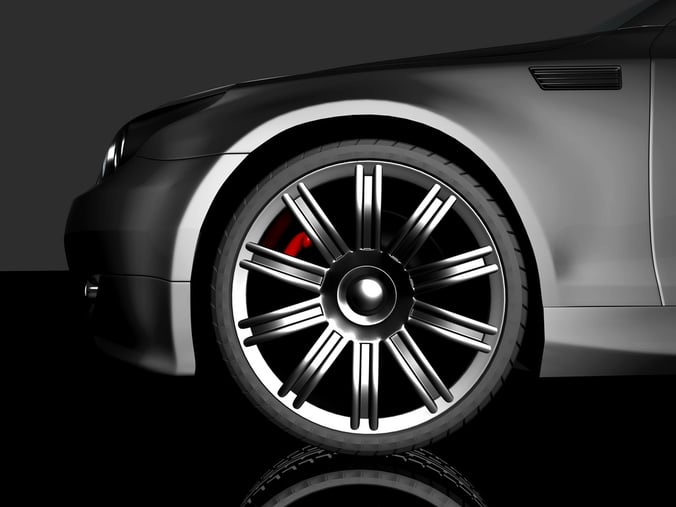 Over the past years, J.J. Watt has taken the NFL by storm. Even though he’s already been a three-time NFL Defensive Player of the Year, he has plans to continue to build on his legacy. After recovering from a serious groin injury and a fractured hand, Watt seems to be working hard to get back to the top of his game. He’s a beloved figure in Houston, and around the nation.

Beyond Watt’s play on the football field, he also has a charitable foundation. He’s known for his willingness to help others. He also has two siblings in the NFL: one younger brother who plays for the Chargers and one for the Steelers. He’s humble, approachable and has a pretty sweet (and remote) cabin in Wisconsin. He also likes his vehicles—although unlike other celebrities with multi-million-dollar contracts, some of his choices (and the number of them) may surprise you.

The Audi RS7 is a sedate, yet powerful sedan. Starting around $110,000, it’s not attainable for everyone, but still not out of reach like some celebrity vehicles are. The RS7 has excellent performance and handling. Some of the stats are:

Other top features of the RS7 include everything from Bose surround sound, power cargo access and HVAC system to a smartphone interface, perimeter alarm, blind spot sensors and front and rear parking sensors. You’ll also recognize Audi’s signature styling and high-end interior and exterior finishes on the RS7.

When you’re 6 feet, 5 inches, it helps to have a ride that can fit your height and muscles. Locals in the Houston area have seen J.J. Watt pull into practice in his Ford F-150 Platinum. The F-150 is an American classic, especially among those willing to put in a hard-day’s physical labor. While you’ll often see all ages of F-150s on the road, Watt’s is a newer one. But the muscular ride still boasts Ford’s legendary performance.

Starting at around $50,0000, the Platinum model features everything from a 5-star overall NHTSA rating to the ability to haul up to 9100 lbs. There are several combos available for both cabs and beds, so you can get a vehicle that fits your needs. Other appealing options include voice-activated navigation, heated and cooled seats, genuine wood accents, Pro Trailer Backup Assistant, 360-Degree Camera with Split-View display, lane-keeping system, push-button start key and more.

The Platinum model is the way to get your luxury while still enjoying the feel of driving a truck. With seating for up to 6, you can haul around the family as well.

In one news segment, J.J. Watt was seen behind the wheel of a Polaris 1000. For those unfamiliar with Polaris, it’s more of a ranch or farm vehicle, but still as fun as they come to drive. There are several types of 1000s: The Sportsman, Ranger and RZR. The RZR is a four-seater. It offers 110 horsepower (not bad for an ATV), and features Polaris’s Xtreme performance. Get your Polaris lifted, and have your choice of several color combos. It’s a great vehicle, and perfect for the avid outdoorperson.

A Gift for Mom

Hearts sighed and the ladies swooned back in 2014 when J.J. Watt said, “I've wanted to be able to do this my whole life. For all you've worked & sacrificed, you deserve it. Happy B-Day Mom!” His gift? A brand new car. The Range Rover is a celebrity favorite, and Watt’s mom now enjoys driving around in a little comfort, luxury and style. Rumor is, he had to Google what rich people buy. No one can fault him for spending a chunk of his hard-earned money on that gift. Plus, he still has plenty left to spare and seems in no hurry to blow through it.

J.J. Watt may not have the most intense or exclusive car collection in the sports world, but he has some fun vehicles and more than enough character attributes to make him appealing. Houston will look forward to seeing what vehicles may be in Watt’s future, but most of all, they’ll enjoy cheering for someone so likable and talented, playing for their city.