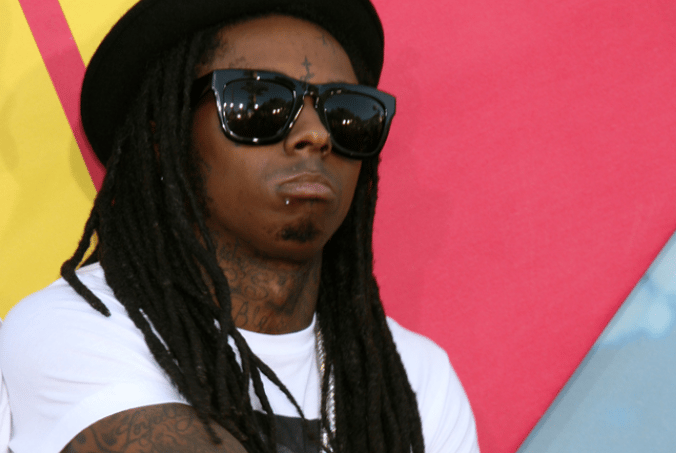 Lil Wayne (or Dwayne Michael Carter Jr.) may be small in stature at 5’5”, but he is big in personality, and in his love for cars. Although Lil Wayne is no stranger to controversy, or run-ins with the law, he still works to give back through his nonprofit, One Family. A complex character, Lil Wayne often surprises and fascinates. The same can be said about his car collection—it offers a diverse mix of rides that leaves you wanting to see what he’ll purchase next.

Lil Wayne is worth somewhere in the ballpark of 140 million. With that kind of cash on hand he's able to invest in just about any ride he wants. Here are some his top vehicles, past and present:

According to several sources, Lil Wayne was the first rapper to own a Bugatti Veyron. Wayne’s sleek black ride was purchased for over 2 million dollars. Unless you’re a diehard car fan, you probably don’t know that Bugatti has actually been around since 1909. Although the brand went silent for a while, in 1998, the Volkswagen Group purchased the Bugatti brand. Today’s Bugattis are thought of as high-performance vehicles. The Veyron was their car from 2005-2015. Now, Bugatti is focusing on the Chiron, a two-seater, mid-engined sports car. The Veyron is known for its sleek styling, and for holding the record for fastest street-legal sports car. The Veyron’s top speed is clocked at around 253 MPH.

Lil Wayne’s black Maybach is yet another in his garage priced at over 2 million dollars. Wayne is more often spotted riding in the back of his Landaulet than up front, and that’s probably because the limousine-style ride features a backseat convertible top, and was meant to be used as a limousine. The back has several perks, including luxurious seating, cubbies for your stuff, its own heating system and entertainment options. For those who want a smaller version of a limousine, the Landaulet gets the job done.

Cadillac fans love the fact that Lil Wayne has (or had) a red 08 Cadillac CTS. Although Wayne has a collection that features insanely high-priced vehicles, the CTS gives the average person a better chance of getting into a celebrity ride. Priced around $50,000 for the 2017 model, the CTS offers plenty of horsepower, decent MPG and a roomy interior. The luxury finishes focus on technology, comfort and safety, making a great pick for those who want an affordable high-end ride.

Like many of Lil Wayne’s rides, the Mulsanne also isn’t often an option for the everyday car buyer. Starting at around $300,000, it certainly is less than the Landaulet and the Veyron, but is still out of reach for many. Bentley has become a favorite for celebrities and hip-hop stars, and it’s easy to see why—the Mulsanne oozes class, style and innovation. Today’s buyers have three Mulsanne models to choose from—the basic Mulsanne, the Mulsanne Speed and the Mulsanne Extended Wheelbase. The twin-turbocharged engine packs a nice punch, and the spacious and loaded interior gives drivers and passengers everything they could dream of in an automobile.

This strange little vehicle is actually pretty cool once you get past its odd, eye-catching appearance. In fact, the Campagna T-Rex 14R is a refreshing change from tired celebrity picks like Range Rovers and G Wagons. The $70,000 two-seater is what happens when a car and motorcycle mate. Or at least it’s easy to believe it is. The powerful little engine gives the T-Rex a big kick, its handling is excellent, and depending on where you live, you may need a motorcycle license to drive it.

Another car in the Lil Wayne lineup is the Rolls Royce Phantom Drophead Coupe. Another celebrity favorite, the Phantom isn’t as much a standout in Lil Wayne's more unique collection. However, the Phantom runs around a half a mil, and isn’t something to yawn at. Lil Wayne’s is a beautiful blue with white interior, and surely possesses the power and prestige he’s looking for.

Lil Wayne isn’t going to be running out of fame or money anytime soon, and hopefully he stays out of Rikers in the future. If he does, he can keep collecting beautiful cars, and build a team of rides worthy of the top collectors in the world.