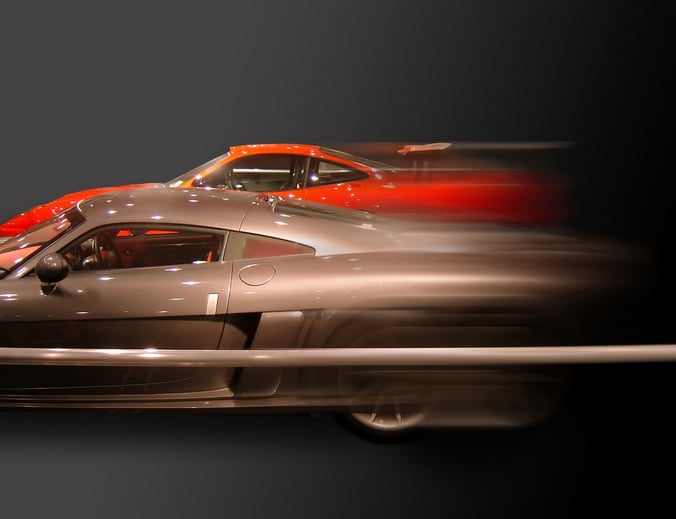 Missy “Misdemeanor” Elliott has been in the game a long time, since around 1991 to be exact. With around 26 years under her belt, she shows no signs of slowing down. Known primarily as a rapper, singer-songwriter, dancer and producer, she also has a love of sweet rides. In fact, her love of cars runs so deep, her mother has been known to tell her to stop collecting. When mom gets involved, you know you may have a few more of something than you need. However, for any car enthusiast, there’s no such thing as too many vehicles. Here are just a few that have been, or are, in her collection.

The Italian sportscar, the Lamborghini Diablo, zoomed onto the scene in the 1990s. The mid-engine RWD speed “devil” was known more for its looks than performance. That’s not to say it isn't capable, but simply that it was a head turner. Missy Elliott’s purple Diablo certainly catches the eye. The Diablo is able to reach speeds above 200 MPH, and has a fairly limited production history, making a nice addition to any passionate car lover’s collection.

Missy Elliott seems to have a thing for Lamborghinis. From the Lamborghini bed she rocked on MTV cribs to her Gallardo (and all the Lamborghinis in-between), she definitely has an penchant for the Italian ride. The Gallardo was in production from 2003 to 2013, and buyers could choose from either a roadster or coupe model. The 6-speed transmission boats excellent handling, and it can reach speeds in the 200 MPH range. While Missy enjoys tooling around the states in her Lamborghinis, stylish countries like Italy makes special ones for their police. Although the force mostly uses the Huracan, the police had two donated Gallardos back in 2004. Unfortunately, both Gallardos were destroyed in the line of duty.

The Aston Martin V12 Vanquish was designed by famed Scottish car designer Ian Callum (as well as Marek Reichman). For anyone who doesn’t know who that is, he has worked with Ford, TWR, Jaguar, and of course, Aston Martin. His younger brother also has a legacy in the auto industry as the Vice President of Design for Ford.

The V12 Vanquish is a sleek coupe that comes as a soft-top convertible as well. The Vanquish has a V12 engine that possesses plenty of power, and has an acceleration of 0-60 in 4.7 seconds. The V12 Vanquish’s biggest claim to fame to date is that it was driven by James Bond in the 2002 Die Another Day.

The Rolls Royce Phantom has been in production for a long time. Since 1925, which makes it over 90 years old. Over the years it has definitely seen some changes; in power, performance, and looks. Missy Elliott is said to have a 2004 Phantom, a series that was launched in 2003 and produced until 2016. It won a Top Gear “car of the year” award, and comes in both 4-door and 2-door versions. Some of the Phantom’s most popular features include:

The Bentley Continental is a beast, in more ways than one. Not only is the 2-door luxury vehicle big and heavy, it also eats up roadway with 500 to 700 horsepower. The current Continental starts at about $200,000, and is produced in Crewe, England.

Elliott’s Continental ended up being a trade-in in 2011 to order herself a new 2012 matte white Lamborghini Aventador. However, she ended up filing suit against the dealership when the Aventador never arrived. This was because as the prices soared on the Aventador, the dealership demanded more money than they accepted in the original contract.

Missy Elliott shows no signs of slowing down in her car collecting habit, probably to the dismay of her mother. One thing is certain though—she makes it interesting to watch and see what she’ll get next.