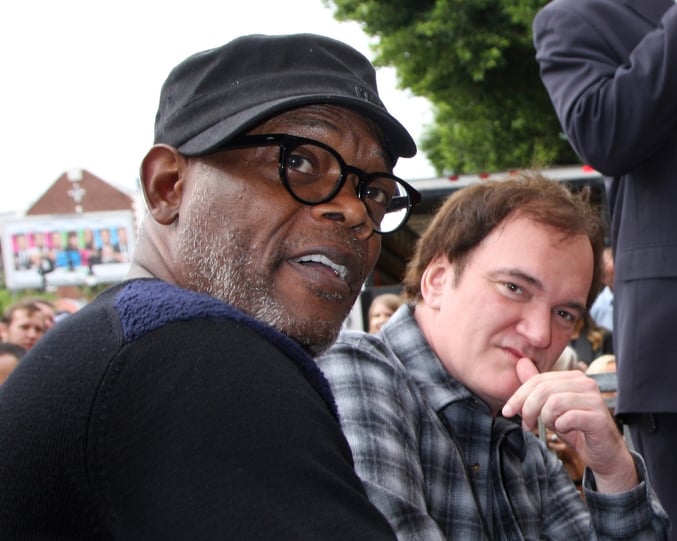 No one can beat the delivery of Samuel L. Jackson’s one liners. For example, who else can make, “That is a tasty burger,” sound so dang cool. But that’s not all Jackson is known for—he’s also managed to stay with his wife for over 35 years (in Hollywood!), loves giving to charity, is outspoken on several social issues, is highly educated and has a been spotted with some pretty cool (yet completely unassuming) rides. Jackson comes across as thoughtful, well-spoken and funny. He likes bold clothes, and even bolder vehicles (at least in the movies). Here are some of his favorite rides—which you could easily describe as “tasty”.

Jackon’s main ride is the Maybach 57 S. The vehicle, unveiled at the Los Angeles Auto Show in 2006, is a classy ride. The “S” stands for special, which is apparent in the 57’s details. Priced around $400,000, you’ll get luxury details, a sleek exterior, 543 hp and a twin-turbo V12. Samuel L. Jackson certainly doesn’t have the amount of cars his fellow celebrities do, but he picks well with what he does have.

Back in 2014, there were rumors that Samuel L. Jackson toured a Ferrari factory. The next thing you know, he had a Range Rover Sport. Choosing practicality over flash is exactly the kind of move that keeps Jackson’s fans guessing. However, that doesn’t mean the Range Rover Sport doesn’t offer some fun. The newest model of the Sport offers signature features like a virtual instrument panel, which almost makes driving as fun as playing your favorite video game. It also possesses nine color choices for your personalized leather seating, a muscular exterior and an interior that provides all the bells and whistles imaginable. Starting at around $80,000, the Range Rover Sport isn’t completely out of reach, but still gives that air of exclusivity.

Does He Really Have a Toyota Camry?

The king of cool was spotted tooling around town in a Toyota Camry back in 2016. That’s right—a Camry—a soccer mom’s favorite sedan, or at least America’s favorite non-descript vehicle. But for real, Camry’s may be super unassuming, but they still are pretty sweet cars. The recent models of Camry have plenty of fun to be had. Some of the top features for the Camry are Smart Safety options, a sporty interior, a solid V6 engine and a top-notch safety rating. Plus, if someone like Samuel L. Jackson is willing to drive one, you should be too. He’s well ahead of other celebrities by driving cars that the average person can afford. Not to mention, if you find a used Camry, you can get all the options you want for a more attainable price.

One other place Samuel L. Jackson has been associated with cars in is the movies. Two of his movies have memorable scenes featuring fun rides. In the 1997 movie, Jackie Brown, Jackson removes his opposition with a 1980 Oldsmobile Ninety-Eight Regency. The 10th generation of the ninety-eight regency featured a V8 in 1980, and some classic styling that remains popular among car aficionados today.

Jackson’s other famed movie ride was the Chevy Tahoe he used as Nick Fury. The black SUV was partly a promotional ploy by Chevy, but a worthwhile one. Although the real Tahoe has some great features and safety options, the one Fury used had a few extras. However, for Marvel fans, a Tahoe is a great way to go if you’re in the mood to play a superspy.

Part of what makes Samuel L. Jackson a great celebrity is his ability to keep you guessing. With a net worth of over 100 million, you would think he had a garage stocked full of epic rides. However, what makes his collection epic is that it’s more in stride with the common man—which means if you want to be as cool as Jackson, you don’t have to spend millions. Instead, choose something that's more everyday and make it cool simply by being you.