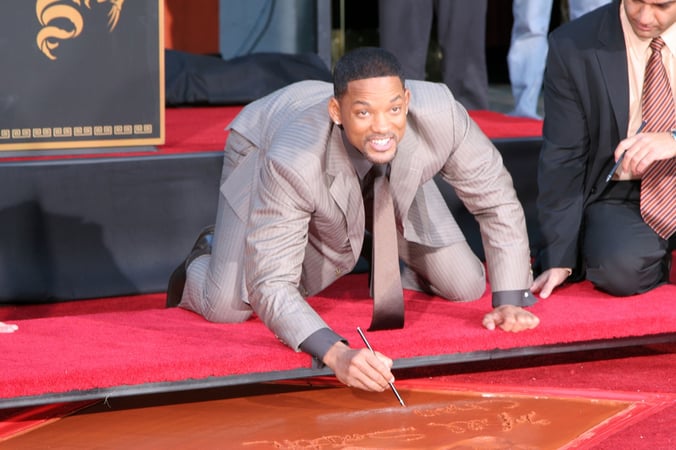 The world of celebrities holds an air of intrigue, and for car lovers, it’s often a source of envy. Imagine being able to fill your garage with names like Rolls Royce, Maybach or Ferrari. Think about adding a classic Porche or old-school revamped muscle car. Well, that’s exactly what many celebrities get to do—and Will Smith is no exception.

Many of us were introduced to Will Smith as The Fresh Prince. When “Parents Just Don’t Understand” hit the scene, teenagers everywhere made it their anthem. While many careers have the potential to slow down, Will Smith’s has only continued to grow. He went from music to television, and television to movies. His success has led to a hefty bank account and a garage full of sweet rides.

The Maybach 57 S was unveiled in 2005, and offered luxury car connoisseurs a 6.0-Liter V12 and the ability to go from 0 to 60 in under five seconds. Smith's black Maybach is a 4-door sedan featuring top-of-the-line bells and whistles that include Bose sound system, in-door seat adjustment, top tech details, bulletproof windows and a luxury leather and wood grain finish. It’s rumored that Smith’s Maybach was valued around $400,000.

Who can forget the classic series “Men in Black?” While filming the third, Will Smith was spotted in a tricked-out, amped-up Ford Taurus. The favored car of police departments everywhere is hardly considered a cool ride, but somehow Smith managed to modify it with a fresh new look. What’s nice about that is it gives the average everyday person the chance to own something a celebrity does.

The 2012 Taurus sports a pretty sweet exterior as far as sedate sedans go, with styling that boasts a more powerful muscle car vibe. The 2012 Taurus rated high among both consumers and critics. Some of the top features were a beautiful interior design, extra-large trunk and excellent handling. With an economical MPG for a large car, it’s also a great ride when you want to save on gas. While the original cost of the 2012 Taurus ran between $25,000 to $35,000, you can now find them for half the price. That way, you have the savings left over to modify it and make it as cool as Agent J’s.

The Celebrity SUVs of Choice

What is the winner when it comes to celebrity SUVs? Is it the Mercedes G Wagon? Range Rover? Jeep? Will Smith has been spotted over the years in two celebrity classics. They are the:

Will Smith is the car guy, while his wife clearly likes her motorcycles. While neither can claim to be one of Hollywood’s top vehicle collectors, it’s apparent they like nice rides.