Recommended Safety Features to Keep Your Teen Safe Behind the Wheel 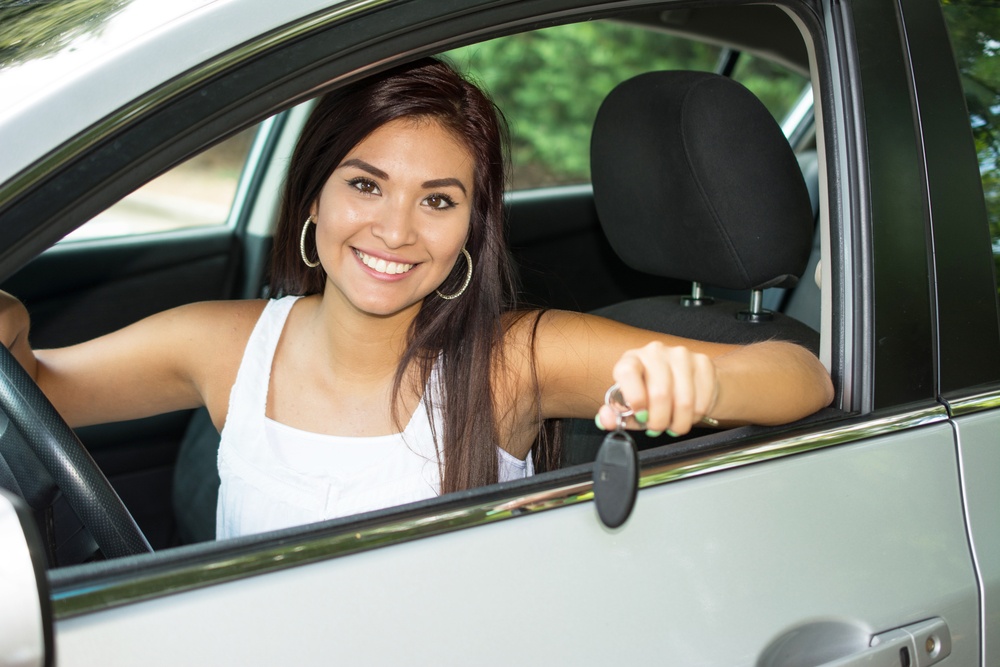 The first day of school is rolling around, probably too soon for many kids and not soon enough for parents. Back-to-school also brings an increase in new teen drivers with less than a year of experience under their safety belts.

According to the Insurance Institute for Highway Safety (IIHS), teens are the riskiest drivers on the road. Not, however, because they are easily distracted, but because of inexperience. Teens struggle with issues most of us learn through years of driving practice. The first 12 months of driving is particularly dangerous for teens.

One over-arching recommendation is to buy the latest model car with the most advanced equipment and highest crash test rating you can afford. Shop recently off-lease cars and certified pre-owned vehicles and check for outstanding recalls before buying. Then notify the manufacturer as soon as possible after purchase so you can receive future communications about your automobile.

Also, stick to moderately sized cars, not trucks, large SUVs, or sports cars with high horsepower engines. These types of vehicles do not handle as well as cars and could tempt your novice driver to speed. Avoid smaller cars as well; you want as much car around your teen as possible in the event of a crash.

To help you keep your new teen driver safe, here are some of the best safety features to find when purchasing a car for the newly licensed.

Electronic stability control (ESC) was mandated for all vehicles in the U.S. starting with the 2012 model year. Stability control technology senses when the driver is losing control of the car and takes corrective action that the driver cannot. It is especially crucial during extreme maneuvers.

According to crash data, ESC cuts the risk of a single vehicle crash nearly in half, close to the risk level reduction of safety belts. If you convince your teen to wear the safety belt properly for every trip and the car has electronic stability control, you have already reduced the risk of injury and damage substantially.

When teens approach another car, their lack of experience can cause them to brake too late, resulting in a collision that can cause expensive damage, even at low speeds. Automatic emergency braking takes over when the driver fails to act in time.

Be aware that different models and years may have different types of automatic braking systems. Some only engage when a car is approaching an obstacle at high speed, others include braking when a collision is imminent at low speed.

Neither automatic emergency braking or forward collision warning is mandated by the federal government, but most major auto manufacturers agreed to install it in most new cars by 2022.

In slippery road situations and inclement weather, locked brakes hinder the driver’s ability to steer and can cause the car to take longer to come to a full stop. Anti-lock brakes, which prevent these types of hazards, are federally mandated on all vehicles manufactured since September 1, 2013.

According to the National Highway Traffic Safety Administration, airbags saved 44,869 people between 1997 and 2015. That number averages to almost 2,500 people per year over the 18-year period. In 2016, frontal air bags saved the lives of an estimated 2,756 people, continuing the trend.

Newer cars have more airbags than ever with at least six per vehicle - two front airbags, two front-seat mounted side airbags, and two side curtain airbags. Many offer nine or ten, often with an airbag at the driver’s knees.

Front airbags became mandatory on all cars manufactured on or after September 1, 1998. However, side air bags have not yet been required, although most car manufacturers include them in later models.  When selecting a pre-owned vehicle, check its records for airbag deployment and recalls.

Functioning airbags can save lives when paired with properly worn seatbelts. Your inexperienced teen driver, who has yet to learn the ways of the road, may be one of them.

One of the best innovations to be added to the modern automobile is the backup camera. It does not substitute for a driver’s use of mirrors and observation but provides a better view behind the car when driving in reverse. As of this year, backup cameras and cross traffic alert will become standard by federal mandate on all new models.

Rear cross traffic alert adds a layer of safety by sounding an alarm when something is in the way as the car backs up.  However, the traffic alert may not pick up smaller vehicles such as motorcycles and bicycles, so driver attention is crucial.

Don’t let your teen learn the hard way about blind spots in any automobile. Teach them to position rearview and sideview mirrors correctly and to check blind spots by direct observation. In other words, make sure they know to look, not just in the mirrors but over their shoulders and around blind spots.

Blind spot protection is now available in some cars as is lane departure warnings that signal driver inattention. Inexperienced drivers need all the help they can get as they begin their journey behind the wheel.

Fewer teens are getting driver’s licenses than before, but operating a motor vehicle safely is a skill well worth the effort. Until those self-driving cars take over the road, keep your teen safe by providing the safest car you can afford and letting them gain experience the same way you did — by driving.

Why You Should Buy a Car at Shabana Motors

How to Maintain Your Car During Winter Months